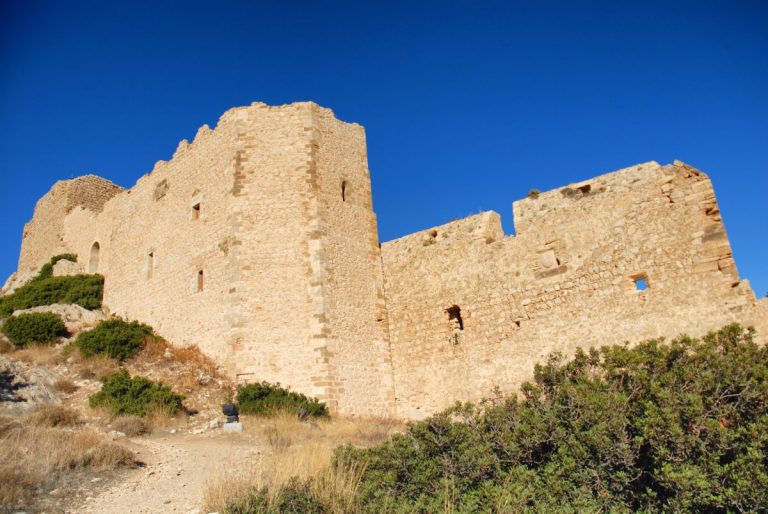 The castle of Kritinia (Kastello, for the locals) is a Venetian castle built in the 16th century on a hill about 131 meters above the village of Kritinia. It is fairly considered the gem of the village as it offers a breathtaking view of the Aegean Sea, the island of Chalki and the islets of Strogyli, Makri, Alimia and others.

Due to its strategic location, which allowed complete monitoring of the sea and thus, the activities of pirates and other enemies, the site was chosen by the Knights of the Order of St, John to build the castle. Originally, the castle was divided in three levels, each of them belonging to a different Grand Master.

In 1480, the Ottoman Turks sent 100.000 soldiers across Rhodes in an effort to invade and conquer the island with a big number of troops sent to Kritinia as well, attempting to seize the castle. However, regardless of the fact that the Turks outnumbered the Knights a lot, and after many bloodshed battles, the Turkish troops finally retreated, leaving the castle full of ruins and damages. Without wasting time though, the Knights engaged themselves to restoring the damages that the castle had sustained, bringing it back to its original form.

Fortunately, and as the Greek Archeological Services had realized the importance of the castle, a reinforcement programme will take place in order to conserve and renovate the damaged sections of the castle and the church.