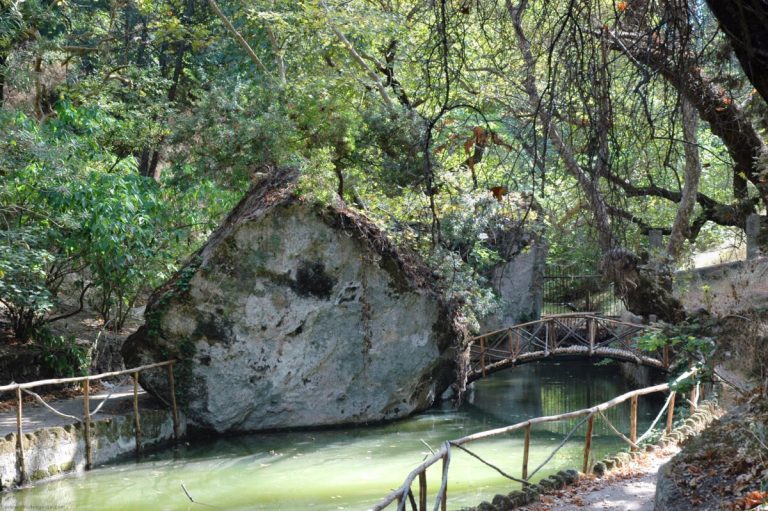 Rodini Park was probably the first landscaped park in the world. It was still popular with the Romans some years later and they left a bit of an aqueduct here.
The park has been arranged along a natural stream. This is an ideal environment for the peacocks which live and breed freely in the park. It’s a pleasure to come here, to get a respite from the heat of the day. Enjoy the cool walkway leading along the bank of the stream.

Rodini Park is rich in flora, with perennial plane trees, oleanders, high-sky pines, springs with water gushing through the rocks. It offers areas for relaxation, a playground, park benches and provides its guests a feeling of peace and tranquility.

A walk of about 10 minutes will bring you to a tomb carved into the rock. The tomb, dating from the Hellenist period and featuring a decoration of 21 Doric half-pillars – is known as the tomb of the Ptolemies.

The tomb of the Ptolemies is an important, probably 2nd century bc, Hellenistic funerary monument with a pedimented doorway and stuccoed facade. This is in effect an outcrop of natural rock fashioned into a 30m square block. Its north side has been dressed with a row of carved, engaged pilasters which have been plastered and were once coloured, and which stand as if on a stepped crepis