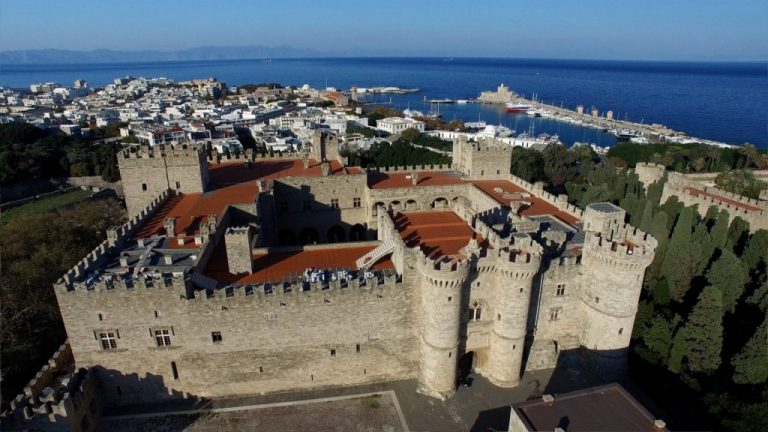 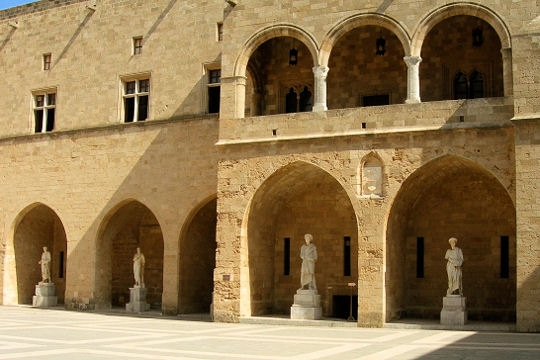 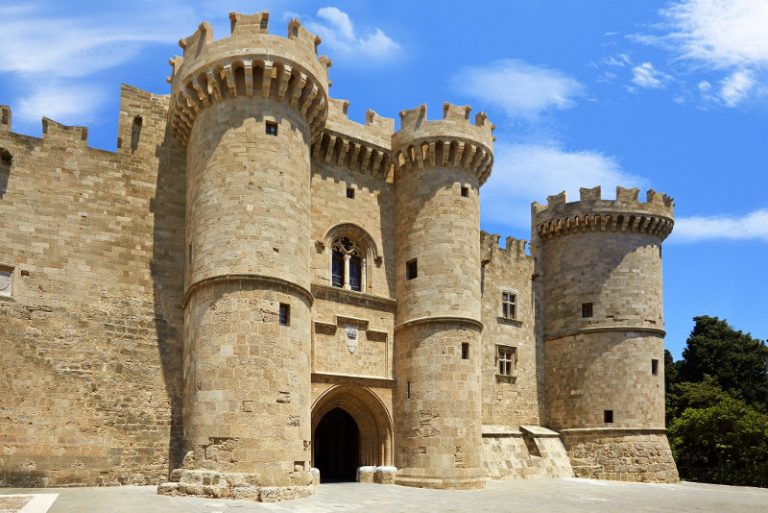 The Palace of Grand Masters in Rhodes: The Palace of Grand Masters is located at the end of the Street of the Knights in the Old Town of Rhodes. Originally built on the foundations of the Temple of Sun God (Helios), whose cult was much spread in Rhodes in the antiquity, this palace was the residence of the governor and administrative center in the Medieval times. Constructed in the 14th century by the Knights of Saint John, it distinguishes for the spherical towers and the arched gate.
The palace was enormous in size. It had 158 rooms, although today only 24 are open to visitors. The rooms have antique furniture of the 16th and the 17th century, exquisite multi-colored marbles, sculptures, carpets, and fine Oriental vases. On the first floor, there are the official rooms as well as the private quarters of the Grand Master. On the ground floor, the auxiliary rooms are found. The most important rooms are the Grand Reception Hall, the Waiting Room, the impressive ballroom and the elegant Music Room, while not to miss is the Medusa Mosaic.

Of special significance are the frescoes by renowned artists, including P. Gaudenzi and F. Vellan, let alone the floors paved with a mosaic of ancient Roman and Byzantine art. In addition, the interior yard is adorned with many statues of the Greek and Roman period.

Unfortunately, this magnificent building was largely destroyed in 1856 by explosives, hidden in the basement of the church of Saint John. At the beginning of the 20th century, the palace was restored by the Italians who occupied the Dodecanese islands that time. In the years that followed, it served as a holiday residence for the King of Italy Victor Emmanuel III and for Benito Mussolini. Today, it belongs to the Greek State and hosts an interesting museum inside. Also, various exhibitions and performances frequently take place in the palace rooms.